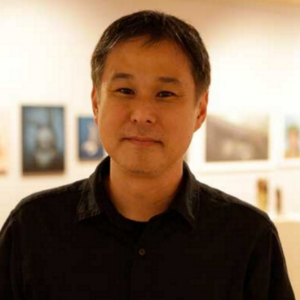 1) Talk about your relationship to West LA and how it informed your decision to run?

I’m born and raised in West LA and I currently own Giant Robot Store and GR2 Gallery on Sawtelle Blvd since 2001 and 2003. I also co-edited and published a print magazine also called Giant Robot out of a garage on Federal Avenue until 2010. This magazine was available at newsstands, bookstores, and boutiques around the world. I also attended the Japanese Institute of Sawtelle and the West LA Buddhist Temple. After being asked to run by plenty of great locals, I was elected in 2016 to the WLASNC, became a Vice Chair and also chaired the Outreach Committee. I’ve redesigned the website, sent out the email newsletters, and updated all of our social media. I’ve attended and helped at our NC events. If I can do one thing for the NC, it’s to keep our public informed.

2) What changes or improvements would you like to see in West LA?

Without systemic changes, the least I can do myself is to help beautify the area. I’ve worked on the signal box art project with the West LA Community Coalition, and am currently working on mutliple beautification projects. There is still the issue of homelessness, public safety (burglaries), and the rapid development of the area. I’m hoping with a cohesive Board, we can work on each of these in a productive manner. Perhaps we can set up more “town halls” to get dialogues started.

3) What expertise or skill set are you willing to bring to the Board?

Photography, writing, publishing, printing, design, business savvy, marketing, social media, and webwork. I’d like to say I’ve used many of these skills when called upon and I intend to keep this up.

4) What else would you like a voter to know about yourself?

Being a business owner for 25 years, I’ve learned that surviving the “storms” and “issues” that plague small businesses require fairness and a long term vision. Surprisingly, this isn’t easy and isn’t the norm.  I hope  You can find more about me including design projects, curation, and press at www.ericnakamura.com or see my business in action at www.giantrobot.com